In Session was created by a musician, for the artist in you.

Leslie-Anne McKee (née Dupuis) is a versatile professional entertainer with an extensive background in recording and performing music.

She was born into a family of professional musicians who combined their talents with an entertainment business venture called J.J.’s Ranch, which became a local favourite and landmark over its 28 years of operation in Schumacher, Ontario. It was known for hosting community events, fundraisers, local tributes, live entertainment, karaoke nights and special themed events. Throughout that time, Leslie-Anne worked directly in the business in multiple capacities, helping grow and manage all aspects of the business, its client base and product offerings. The owners of this family business made the difficult decision to retire in 2014, leaving a void in the local entertainment community.

To this day, Leslie-Anne, who is an award winning and dynamic performer in her own right, remains highly active and competitive in the local and provincial music industry. Her many awards and lengthy professional performance experience, as well as her skills and experience in creating, producing, editing, mastering and distributing her own music, will serve her well in her new business venture, In Session.

Music has always been a huge part of Leslie-Anne’s life, as well as her family’s. Her grandmother, Elizabeth Johnson, well-known throughout Northern Ontario as the godmother of country music, was inducted into the Northern Ontario Country Music Hall of Fame in 2008. She is also one of the 100 Faces of Timmins for Art & Music July 2010.

At seven years old, Leslie-Anne would sing along with her grandmother and by the age of ten, her singing career began when she started singing with her family’s band, The JJ’s Ranch Arrows. Performing on stage with the band four days a week at her family-owned nightclub, J.J.’s Ranch, allowed Leslie-Anne to develop her singing abilities and develop her stage presence.

When she was sixteen, Leslie-Anne decided to take her career one step further by branching out and starting her own band Dakota. Through the years she has performed with many different bands in the community. 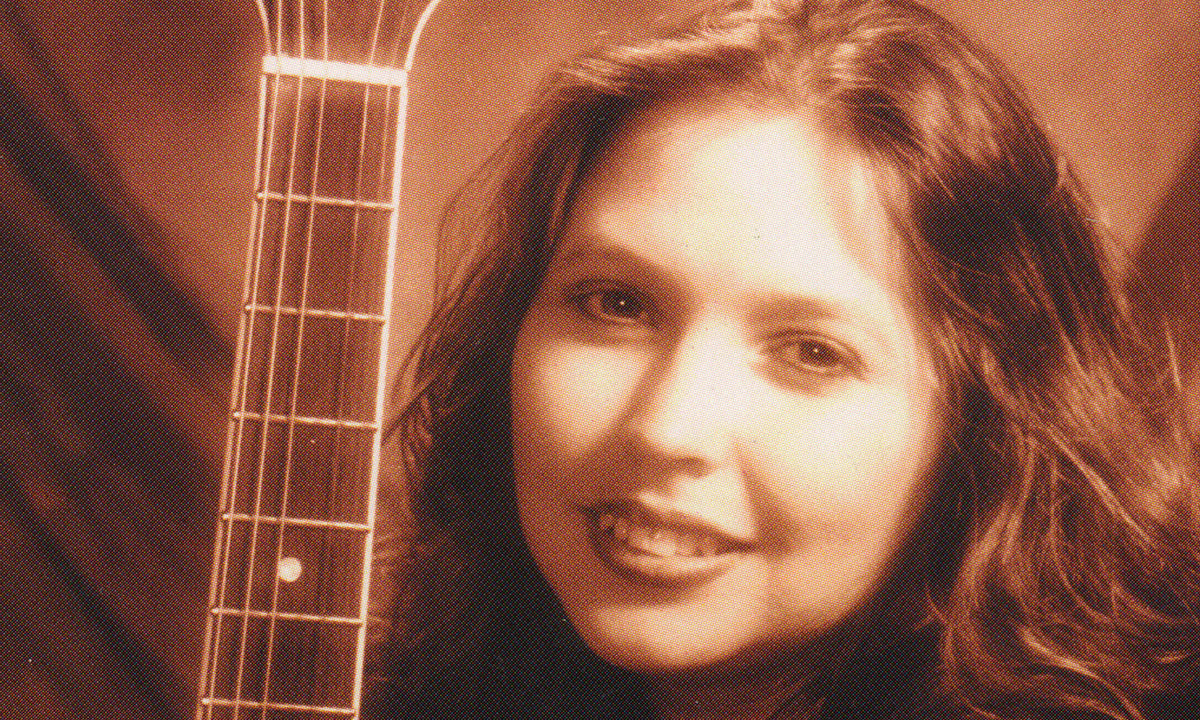 Throughout her professional career, she has opened for some of the most talented groups including Shania Twain (twice), Lace, Farmer’s Daughter and Jason McCoy. She also had the unique opportunity of working in a recording session alongside Grammy award winner Bucky Barrett, former lead guitarist and band member of the late Roy Orbison. Other recording partners include Terry Carisse, a two-time Juno award winner and seven-time Canadian Country Music Award winner. From these projects, Leslie-Anne created a four song cassette in 1995 titled “If I Can’t Hold On To Yesterday”, which was made to promote an up and coming performer, and a CD was released in 2000 titled “A Girl Like That’, which sold more than 5000 units locally.

Leslie-Anne’s list of achievements and awards are numerous. Aside from her albums, the highlights include opening for hometown sweetheart Shania Twain in 1995 (Homecoming) and the 2004 opening of the Shania Twain Centre. She finished in first place at the Canadian Open Country Singing Contest in Simcoe, ON, the Northern Ontario Open Country Singing Contest in North Bay, ON and the Canadian National Exhibition Open Country Singing Contest in Toronto –all in 1998. It was this record-breaking sweep of the “big three” competitions which led to the noted songwriter/vocalist Terry Carisse to provide three songs for Leslie-Anne to record. Winning these three competitions within the same year made Leslie-Anne the youngest ever performer to accomplish that, including more than twenty-five first place finishes and numerous top five finishes across Canada and Ontario singing competitions.

Leslie-Anne contributed to a song which was released on the “Timmins 100 Years in the Making” project by the City of Timmins. “Old Fashion Broken Heart” hit the charts in 2001, and was welcomed by the community and received a great deal of radio play. Released as a single, it reached number four on the European Country Charts that same year. 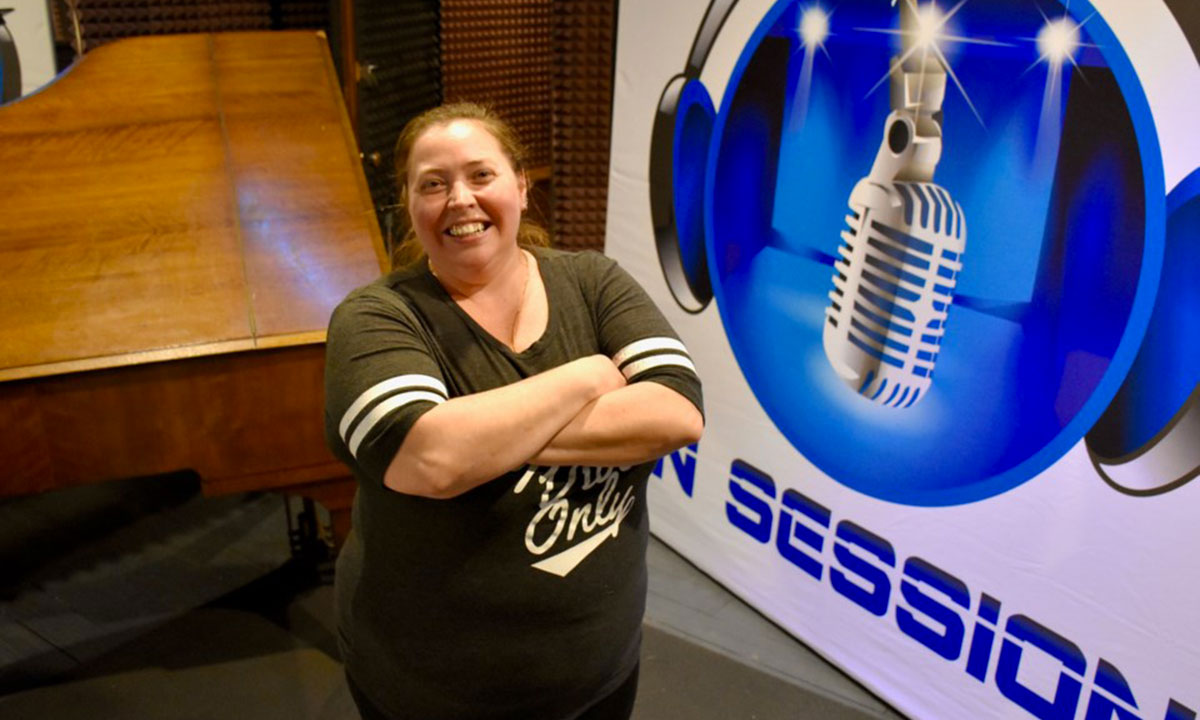 With a voice said to be pure, sweet and strong, Leslie-Anne has a repertoire of over one thousand songs that she regularly charms audiences with. Although Leslie-Anne’s voice is a great asset, her strong desire and drive to help others has always been her goal. Over many years, she has used her singing talent to help non-profit organizations in the community to raise funds and create awareness for their respective causes. This demonstration of commitment has led to numerous personal and business awards.

Leslie-Anne’s outstanding professional experience in the music and recording industry will help you achieve freedom through music.

What kind of singer would you classify yourself as?

Versatile in new and old country, pop, rock from the 40’s to 2015. Music from 1940 to current in many fields. Might be easier to tell you what I DON’T sing – Heavy Metal, Grunge, Rap, Opera (although I’d like to try).

What is one message you would give to your fans?

Sing Loud, Sing Proud – it will make all your worries go away. Also, “The future belongs to those who believe in the beauty of their dreams.” – Eleanor Roosevelt. There you go, two for the price of one!

Where have you performed?

All over Ontario, Winnipeg, Vancouver, many states in the USA, international waters, and Jamaica. I have performed in hotels, arenas, backyards, the street, patios, outdoor festivals, opening act, main feature, recording studios – you name it, I’ve played it. I even have sang for sand – but that’s another story.

What are your favourite and least favourite venues?

Absolute favourite venue: Collingwood Festival 2012 with my Dad, singing for thousands of Elvis fans. You can see the video on YouTube.

Least favourite: I won’t name the place but the band was positioned at the edge of a cliff (drummer closest to the edge), and the entire band felt that venue was haunted and couldn’t wait to get out of there!

Do you have any upcoming shows?

Yes! We’ve got some virtual livestreams coming up, starting on Sunday September 27, 2020 – an anniversary special, live at the fire pit session. Check out the events section for more information!

What is the best advice you have received?

First – my parents threw me on stage and mom said, “Do what I do!” Subconsciously, I have done that ever since! Second, “Sometimes all you need is twenty seconds of insane courage. Just literally twenty seconds of just embarrassing bravery. And I promise you, something great will come of it.” – We Bought A Zoo, 2011 (movie).

By appointment only.
Get in touch!